California's Callin' Ya - The Explorers Club

by The Explorers Club 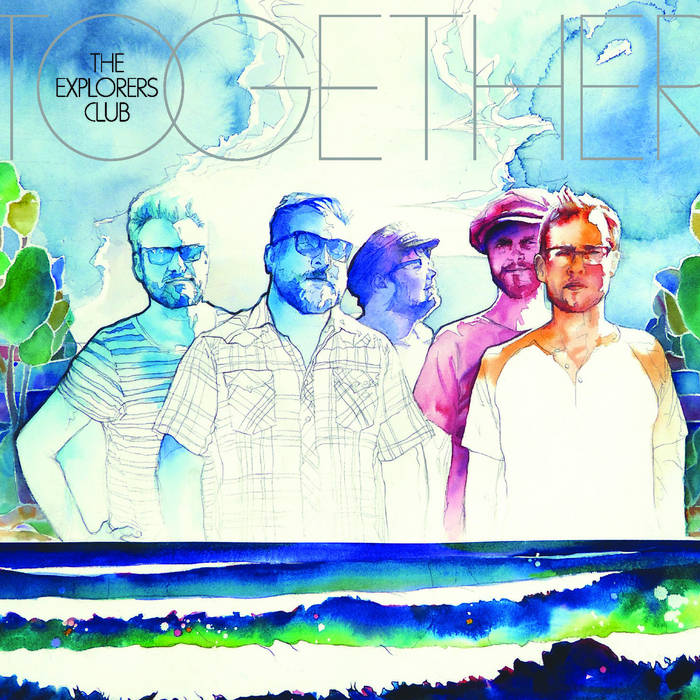 The Explorers Club mark their return with “Together”, the quintet’s third album of harmony laden sounds. Hot off the heels of “Freedom Wind”, their first release which showcased their Beach Boys influences, and the triumphant follow-up “Grand Hotel”, an exploration of Classic soft pop ideals, “Together” is sure to be the soundtrack for Summer 2016.

Jason Brewer, founder and visionary of the band, has patterned the album in the mold of post-Pet Sounds Beach Boys classics such as Friends, Sunflower and Love You, while adding his own unique touches and flourishes of inspiration with his band mates.

Listeners can expect exquisite harmonies, tight musicianship, flowing melodies, and gorgeous vocals. Standout tracks include the modern sunshine doo-wop of “California's Calling Ya”, the bouncy pop of “Once In A While” and the contemplative “Quietly”. “Together” is a must for fans of well-crafted pop music.

THE EXPLORERS CLUB ARE:

a label for the return of melody.

how's your day been
are you driving?
wish we could ride together

come to me
when you're ready
when it's so cold outside

catch a right on la brea
find me in a paradise

how can I be so wrong
when I’m right?
so gone, winded
I don’t want to fight

snowed in
and gone is the freeze

verse 2:
when ice melts on the beach
and sand is in your hair

the sun rising on our nest
with peace it goes west

chorus 2:
(take me to the)
gold winds
and deep ends
are calling (cmon cmon now)

Start to wonder is it in my head?
Thought I'd see it by now
Half a lifetime's come and gone
While I've been waiting so long...

Is It In my Head?
Track Name: My Friend
MY FRIEND (J. Brewer, E. Zarookian)

Me
for you I'd write a book so long

Me
for you I'd write a book so long

You could be my only friend
(That'd make me so happy)
(Really really really happy)
(So dog gone happy)
Track Name: No Strings Attached
NO STRINGS ATTACHED (J. Brewer, E. Zarookian)

think of all the love that’s been waiting
even all the ones that turn out bad
but who said that
you can’t have it back?

think of all the times you’ve been walked out on
nevermind the lies that you’d been told
cause who was that?
did they come back?

to know you
to hold you
with no strings attached

a new love
like our love
never looking back

She's lookin and I can tell she likes your style
she's staring slowly she begins to smile
Looks like opportunity is knocking at your door
it's a shame to keep her waiting anymore
Track Name: Before I'm Gone
BEFORE IM GONE (J. Brewer, M. Williamson, W, Funderburk, E. Zarookian)

Bandcamp Daily  your guide to the world of Bandcamp